Living in an urban environment has disastrous consequences for the skin that we have to be aware of in order to combat them. Recent clinical studies on the pollution caused by light radiation and the environment show that the skin can be seriously affected by the so-called “3C Aging”: Environmental pollution, Computers and Wireless Communications.

What are the effects of 3C Aging?

Vitamin “E” levels can get depleted by up to 90%, and the number of blemishes on your skin can increase by up to 22%.
It increases sebum production and can cause dehydration and skin disorders such as eczema, urticaria and dermatitis.
The blood vessels lose their elasticity, and it causes skin aging.

Anesi Lab Institute has created Urban to cover all the needs of the skin in order to combat pollution, working both internally and externally.

If you want brighter, more radiant, oxygenated and revitalised skin, you must include these two essential products in your daily routine:

Urban BlueDefense Serum: this is a day and night repair serum with powerful detoxifying, moisturising and protective effects. It has a cremigel texture.
Ingredients / Actions:

Urban BlueDefense Cream: this is a cream that protects against the effects of aggressive environmental agents and both solar radiation and blue light. It has a creamy and velvety texture. 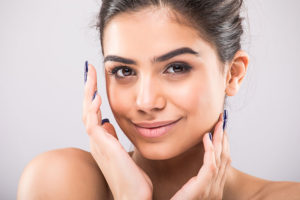 Your skin needs a serum

Facial toner: what is it for?