The DERMO CONTRÔLE line has been formulated based on active ingredients of vegetable origin to matify, close enlarged pores and regulate excess oil, while maintaining optimal hydration levels to enjoy a healthy, fresh and matte skin, all with the maximum tolerance for your skin.

The first step in any skin treatment is to identify the skin type of the client. The most characteristic features of oily and combination skin are:

Combination skin develops excess sebum only in certain areas; this hypersecretion of sebum is usually located around the chin, nose and forehead (called the T-Zone).

Oily or oil-prone skin tends to show dehydration caused by a lack of water in the tissues. People who have oily skin often use “drying” products to remove the shine from their complexion. This causes the epidermis to lose its natural protection, its natural moisturising factor, accelerating the appearance of wrinkles and pigment spots.

In addition, the first sessions of abrasive mechanical exfoliation with products from lines that are not specialised for oily skin give very good results at first, but, in the long term, this type of treatment leaves the skin too thin and can cause the opposite effect, reactivating the hypersecretion of the sebaceous glands with an even greater force. The result is an increase in the brightness of the skin, which becomes more sensitive and reddens easily, making it even more difficult to treat professionally.

The Dermo Contrôle line has been formulated to avoid this type of problem: its products tackle cutaneous dysfunctions and maintain healthy skin for longer without aggravating it.

Taking into account all these criteria, the ANESI Dermo Contrôle line has been formulated to provide a regulating treatment for sebum, lacking detergent ingredients.

The most important active ingredients in the Dermo Contrôle line are based on the latest technological advances in the cosmetics industry: the Cytobiol Iris Complex and the Vidalys Oily Skin Complex.

The main functions of DERMO CONTRÔLE are:

A cleansing treatment that helps to manage oily and acne-prone skin.

It cleans deep down, correcting and preventing damage. It balances excess fat and refines the skin by slowing down the production of fat.

Sérum T-Zone: eliminates excess shine from the skin. An anti-bacterial and unclogging effect that gets rid of skin imperfections.

It eliminates the bacteria responsible for acne and prevents damage to the skin. It regenerates existing blemishes, accelerating the recovery process of the skin.

Deeply clean skin, that is regenerated and protected.

Émulsion Purifiante: A moisturising matte-effect 24-hour emulsion. It stops the appearance of blackheads, and is perfect before makeup to avoid shine during the day. 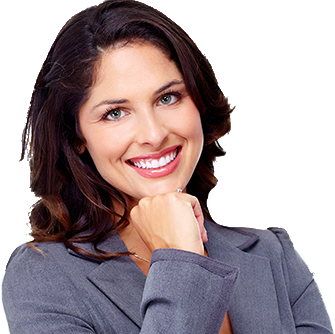 DO YOU WANT ONLINE ADVICE? ASK US ON